Jason, a Lake View fifth grader, was recently honored by the Municipal Water District of Orange County in the 2017 Water Awareness Poster Contest. The awards ceremony was hosted at the Discovery Science Center. Jason and his family enjoyed the evening, which included a chance to explore the center! There were over 1,000 water conservation poster entries, with only 40 finalists, one of which was Jason. Not only was his poster displayed on the big screen, but Jason was also presented with his framed artwork, certificates from the United States Senate and California State Senate, and goodie bags. Jason was accompanied by his mother, grandpa, cousin, and uncle! What an exciting night! (Photos provided by Jason's family.) 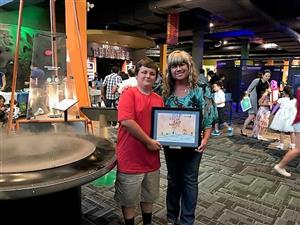 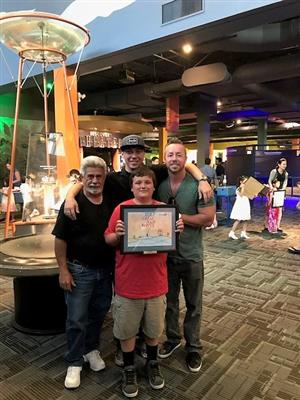